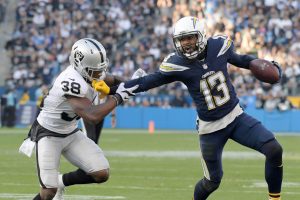 Players are biting their nails to see who made the squad. The 53-man roster is still up in the air for all teams and players are cleaning their helmets, filling their water bottles and tightening their laces to get ready for the first week. Yes, the 2019 NFL Season is only one day away. Here are the top five teams to watch this year.

The Chiefs are coming off of an amazing season. Finishing 12-4 in a competitive AFC West is nothing to overlook. After a loss against the Patriots in last year’s AFC Championship the Chiefs are looking for revenge. With quarterback Patrick Mahomes coming off of a 50-touchdown season in just his second year in the league, expect him to get even better this year. He has a great arsenal of receivers to throw to, such as Sammy Watkins and Tyreek Hill. Do not forget about one of the best tight ends in the business: Travis Kelce. Despite losing star running back Kareem Hunt to an eight-game suspension, the Chiefs will be just fine. Watch out for them to be a force in the AFC and a serious Super Bowl contender.

Will Tom Brady ever stop? It seems like the longer he plays the better he gets. He turned 42 in early August, but you would never know it. He still performs exceptionally well and is a consistent
asset to his team. The Patriots just signed him to a two-year, $70 million contract extension that will have him playing until 2021. This will keep him on the field even until at least the age of 44. The Patriots did suffer a big loss this offseason though with the retirement of Rob Gronkoswki, but the team is likely to do well.

“The Call” as people have labeled it, took place at 1:49 on the clock. Drew Brees drops back, looks right and passes to Tommylee Lewis and he gets nailed. No flag thrown, much to the audience’s shock. That was the end to the Saints 2018 season, a blown non-call by the referees. This was a heartbreaking loss for them. The Saints are on a mission in 2019 to make it back to that position and hopefully move on to the Super Bowl. They have one of the best quarterbacks of all-time in Brees. Expect the fans to be louder than ever in the Mercedes-Benz Superdome this season. This team is built for the big moments, and it is very easy to picture the Saints back in the big game for the first time since 2010.

The Chargers are extremely overlooked in L.A. They have the Rams in town and the Chargers are seen as their younger brothers, but in 2019 that will change. Their offense is arguably the most potent in the
league. Phillip Rivers has one of the best assortments of receivers with Keenan Allen, as well as Mike Williams and up-and- coming tight end Hunter Henry. Joey Bosa essentially played a half season in 2018 due to a foot injury, but he will be back in 2019. Bosa and Melvin Ingram are the best linebacker duo there is, giving the Chargers a clear advantage against many of their opponents. Quarterbacks should be worried when playing the Chargers. They will be a challenging force to contend with in 2019.

It is simple to say that the Super Bowl featured a very disappointing performance from the Rams. Many sports gamblers were mad that night. The line was 48.5 points to be scored in total. With two of the top offenses in the league going head to head, it made perfect sense. But instead it ended up 13-3, bewildering many. The Rams scored the second most points in 2018, with 527. They have the number one ranked player in the league, defensive tackle Aaron Donald. Also, look for another great season from Jared Goff. The Rams are going to come out strong in 2019.