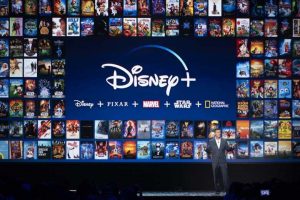 Disney+ will include a mass amount of content from ranging from Disney, Marvel, Starwars and more. Photo by Indiewiere

In July, Disney revealed that it is ending its contract with Netflix to feature their films and television shows. This announcement means that all works owned by Disney, from classic films to Star Wars and Marvel movies, are disappearing from the streaming site. This came on the heels of the Nov. 18, 2018 announcement of “Disney +,” Disney’s new streaming site.

So what is “Disney +?” It is an on-demand, commercial-free streaming site. After a seven day free trial period, users can choose between $6.99 a month payment plan and a $69.99 yearly payment plan.

CNN Business reported, “In year one, the service will have 30 original series, 7,500 past episodes and 500 movie titles.”

The program also includes unlimited downloads, letting viewers watch their favorite media on their phones, laptops and gaming consoles at home or the go.

“Disney +” will also implement a search option called “Disney Collections.” This tool will help users filter through the massive amount of available media to find the titles they want and determine what to watch next. There are collections like Disney Nature, The Star Wars Saga, Disney Through the Decades and many more.

Michael Paul, the president of Disney’s streaming services, commented on collections at an event last week.

“What we are doing is we are taking the best of our judgment on these titles,” Paul said. “We want to use machine learning algorithms to create a great personalized experience.”

“Disney +” will be available in the United Kingdom, Germany, France, Italy and Spain by March 31, with further plans to implement it in other nations soon. However, just like with most streaming services, some titles may vary be inaccessible in different territories.

Another similarity to Netflix is that multiple family members can share one account while using different profiles. One’s avatar can be a character from a vast selection of Disney, Marvel, Pixar, and Star Wars movies.

Parents can also set profiles as “Kid’s Profiles” limiting access to more mature Disney productions. Disney claims that each account can stream four devices consecutively at one time and can have up to seven distinct profiles.

The program officially launched on Nov. 12. While it has already encountered a series of problematic glitches, it is being met with a positive response. Disney fans have been flocking to the site in droves. Even though it is only in the early days, it appears that Disney+ will be a success. Due to the vast library of popular shows, it will likely take its place among the streaming site bigwigs of Netflix, Amazon, and Hulu.